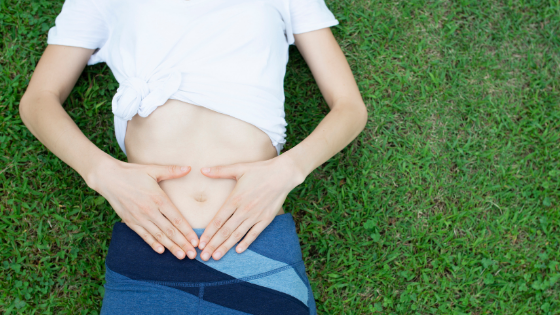 More than just a ‘Gut Feeling’!

The brain in our belly,

How often do you actually stop to think about what you’re putting into your body and the effect that this has on your mental as well as your physical wellbeing? Okay the more health-conscious of us may consider such things as the calories consumed or the fat or carb content of a meal and how this will impact upon our body appearance or training capabilities, but when do you really think about the impact that your food is having on your emotional state?

The connection between the mind and the gut is now being proven by modern science to be more than just a wishy-washy ‘gut feeling’ that something is going on between the two. The extensive community of microbiome which live in your gut and small intestines (and can almost rival the cells in your body in terms of numbers), function most of the time as an autonomous entity, managing the role of digestion and the processing and elimination of toxins without you being in the slightest bit conscious of this underground society’s hard work.

The connection between the gut and the brain is largely done through the vagus nerve, whose role correlates with the balancing of the Central Nervous System (CNS) and in particular the activation of the Parasympathetic Nervous System, our rest and digest aspect of the Autonomic Nervous system. Curiously it is the gut which sends 90% of the information to the brain, with the brain only reciprocating 10% of the information signals the other way. This often comes in the form of asking the digestive system to slow or shut down or empty out in times of perceived threat, so that this energy can be transmitted to more vital organs that can help us flee from danger. The problem is that in our stressful modern lives said dangers no longer come in the form of life-threatening predatory animals that could eat us. Instead these perceived threats come from a constant stream of societal pressures in our working and home lives, which keep hormones such as cortisol and adrenaline constantly pumping into our nervous system. It’s no wonder then that so many of us suffer from digestive issues such as IBS, indigestion and heartburn, as we perpetually run around in states of angst with our stomach tied in knots.

The origins of the gut-brain axis

But physical pathologies are not the only symptom of the breakdown in the healthy relationship between the gut and the brain. There is an ever-increasing amount of evidence supporting the link between a balanced gut biome and mental pathologies such as anxiety and depression. To consider the connection between these oh too common modern disturbances lets go right back to the beginning and look at some evolutionary theory.

The first multicellular marine animal began to evolve around 500 million years ago in our oceans. It was within these primitive entities that microbes first took up residence, developing a coexistence strategy with their hosts that started with the development of a digestive tract way before any other any muscles or organ came to exist in their being.

As time and physicality evolved so too did the guts of these early life forms, developing simple nervous systems around their guts to transmit messages between the microbes and the muscles for the purpose of digesting food. The more complex these animals became, so too did their nervous systems, which were now separate from – yet still intimately connected with – the enteric nervous system (ENS) the signalling system of the gut.

Eventually, the management of behaviours in the outside world became the domain of the central nervous system (CNS), which had now moved its headquarters to the cranium, and not exclusively the ENS, which was now accredited with the role of being in charge of the digestive system. However, this division of labour that sprang from that early primitive relationship maintained an interplay between the neural and sensory messages of the now two independent systems. Is it really that hard to imagine therefore the influence of the gut microbiome on our emotions and wellbeing, if we consider their shared evolutionary routes?

In the Chinese model of health, it is the Spleen and its corresponding energetic pathway that is considered responsible for the transformation and transportation around the body of nutritive essence extracted from the food that we eat. The Chinese also consider the Spleen to govern our ability to think clearly, whereas its paired organ the Stomach deals with the processing and elimination of unwanted thoughts and produce. Interestingly, it’s now known that the actual physical organ of the spleen grows out of the gastrointestinal tract in embryological development and also happens to draw its blood supply from the same root as the digestive organs.

Although the ancient Chinese had no way of knowing the existence of the organisms living in our gut and how they communicate with our brain, they intuited the importance of the energy of the gut on our overall mental and physical wellbeing. What is known as dampness of the Spleen in Chinese Medicine corresponds with what Western medicine now calls IBS. Conversely, anxiety, excessive worrying and overthinking are said to be byproducts of an imbalanced Spleen that leaves you feeling ungrounded. It seems that science is proving what Chinese Medicine has known for centuries, our digestive health is vital for the cells of the body to function optimally and for our minds to be at ease.

Read more about the Stomach and Spleen in Chinese Medicine here. Improving your gut health with your diet

From a dietary perspective many Eastern cultures, including the Chinese, have long integrated fermented products into their daily mealtimes. Such products as Miso soup from Japan, Tempeh from Indonesia and the fermented drink Kombucha are now becoming firm favourites at your local vegan cafe and health food store. But getting natural probiotics into your diet doesn’t have to come with a hipster price tag, as products such as the live yoghurt kefir, miso paste and sauerkraut are readily available fermented goods that you can find at most supermarkets. Just make sure that your fermented products are unpasteurised and not conserved in vinegar or brine as this can kill off the live bacteria. And whilst the scientific community is still investigating to what degree various fermented food and drinks marketed as containing good bacteria can alter your gut biome, there is no denying that many cultures the world over have intuited the benefits of regularly including such products in their diets now for centuries. With this in mind, one could take the attitude that there’s certainly nothing to lose by integrating natural probiotics into your diet.

Why we should trust our gut feelings

So next time you have a feeling deep down in your guts just take a moment to consider the immensity of the gut-brain-microbiome axis; whereby every millisecond of the day our digestive, immune and nervous systems are in constant dialogue through a complex network of signalling molecules such as gut peptides, cytokines, and neurotransmitters. Isn’t it time that we started honouring this important internal network with the prestige its due? By observing the effects that certain foods have on our moods, certain emotions have on our digestion system and energy levels, and what lifestyle patterns help or hinder the balance of our very personal microbiomes. Yes, the investigative story by modern science has only just begun and related information is still somewhat overwhelming, but maybe all that is heresy. Maybe simply trusting our gut feelings and tuning into what they’re trying to tell us is all that is needed to begin to find more balance on both an emotional and physical level.

(I am a verified Amazon Associate and make a small commission if you buy any products via my in-page links. This helps towards supporting me as a hard-working and passionate lifestyle blogger. Many thanks)

Eat Yourself Healthy: An easy-to-digest guide to health and happiness from the inside out

Gut: the inside story of our body’s most under-rated organ: the new and revised Sunday Times bestseller

The Clever Guts Diet: How to revolutionise your body from the inside out